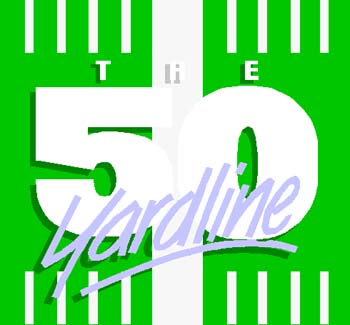 Sometimes you just run into a better team.  That’s what happened last Friday night against Upper Darby.  The Panther scored first and held the Royals scoreless through most of the first half until an ill-fated fumble on a punt gave the Royals great field position and the capitalized and scored a few plays later tying the score at the end of the first half.  No doubt about it, the Panthers beat the Royals in the first 24 minutes of the game.  Unfortunately Upper Darby came back in the second half, made some adjustments and managed to find the end zone two more times while preventing Haven from finishing their drives.  The Panthers faced a bigger, stronger team and just couldn’t keep up for four quarters of football.

Haven hits the road for the final time in the regular season and travels up to Radnor to take on the Red Raiders.  Both teams are 4-4 overall but the Raiders are 2-4 in league play. They have beaten Harriton and Conestoga but have lost to Marple Newtown, Ridley, Upper Darby and Haverford.  The Raiders are led by #2 Sean  Mullarkey who managed to throw for 142 yards in last weeks loss but he was intercepted twice.  They gave Haverford a battle for the whole game including getting into the Red Zone twice in the fourth quarter but couldn’t find a way to get into the end zone and took a 10-0 loss.   Radnor made it to the playoffs last year and are hoping to repeat the experience.  Haven may be standing in their way.

Strath Haven is coming off a game they felt the could have won.  It is a lesson about minimizing mistakes and finishing the game.  It easy to say it but not so easy to execute.  Radnor will play the Panthers tough. The Red Raiders are seeded #12 right behind Strath Haven.

I suspect more of the same for the Panthers in running up the gut, deep passes and some mustang sweeps will keep the Radnor defense off-balance.  The Four Horsemen should see plenty of action and I suspect #7 Jake Fisher will have opportunities to loft the ball to #3 Thomas Foster and #10 Ibrahim Pio.  This would be a good game to make every effort to make it mistake free.  Penalties, sloppy ball handling and questionable game play in key situations make winning games a much more difficult feat.  No question that this is a talented team and with the playoffs (hopefully) around the corner Haven needs to play up to their talent level in all aspects of the game.

Kick-off is at 7:00 PM at the Radnor High School. If you can’t make the game you can always listen to our broadcast right here at Havenfootball.net.  Our broadcast will begin at 6:45. The game will be available on our archives within a few hours after the game concludes.  You can also check in on Twitter for score updates.