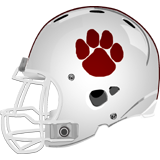 That almost sounds strange to say. After all, the Jaguars are the gold standard of Delaware County football and a perennial Central League favorite.

“We like that role, too,” senior linebacker Charlie Coslett said.

You bet the 10th-seeded Jags are loving this trip to the District 1 Class 6A semifinals. After two consecutive road wins over No. 7 Central Bucks South and No. 3 Neshaminy, the Jags (10-2) meet their greatest foe to date Friday night at second-seeded Perkiomen Valley (12-0). Garnet Valley is making its first appearance in a district semifinal since 2011.

“It doesn’t affect us too much,” said Coslett, who’s having a monster season as he leads the club with 62 tackles. “We like to say that each place we go to is another pitstop on the road to states.”

They are cool with being the road warriors.

“We feel like it’s us against the world,” said Denny Nealon, a senior defensive back.

Watch the game LIVE tonight on You Tube by click on this link: Garnet Valley Football