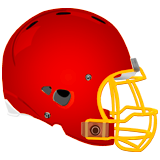 Entering Thursday, the numbers were so gaudy, the potential accolades so hallowed, that they demanded attention.

History would be made at A.G. Cornog Field Thursday: Certainly by a team ending a title drought of either two or five decades. But also perhaps by a pair of special athletes whose names are destined to endure among the all-time gridiron greats Delaware County has ever seen.

But befitting the roller-coaster Thanksgiving Day slugfest that was Haverford’s 49-42 win over Upper Darby, there was a twist in the historical accounting.

For Jack Donaghy, whose arm mounted an all-out assault on history this season, the yards that most define his storybook campaign were covered by his legs.

For Isaiah Bruce, the final feet of his journey through the record books that took him over that revered benchmark for running backs, 200 yards, packed the most pain of the day.