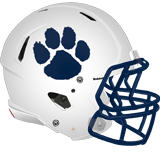 Curry led Berwick to six PIAAA Class AAA state championships and won 455 games over 46 games with a record of 455-102-5. He is fourth all-time in victories, according to the National Federation record book.

“His accomplishments obviously were vast, unprecedented not only at Berwick but across the state,” Berwick Area School District superintendent Wayne Brookhart told The Times-Tribune. “He was a guy that would do anything for his players. He had a profile that was enormous here, but his influence stretched outside this region.”