Garnet Valley football has plenty of talent waiting in the wings 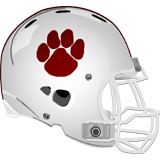 Garnet Valley High’s varsity football program has been among the best in District 1 for a number of seasons.

Head coach Mike Ricci will be losing plenty of talent when the members of the Jaguars’ senior class pick up their diplomas in June. That doesn’t mean that GV won’t be able to continue its success in future seasons.

Garnet Valley Middle School’s 2017 football teams did not lose a game. The Junior Jags’ heavyweight squad had an 8-0 record while the lightweight team was 7-0-1.

Both teams finished their perfect seasons with wins over Ridley in games played under the lights at Moe DeFrank Stadium. The heavyweights won, 51-28, while the lightweights earned a 34-6 decision.

The heavyweights averaged 35 points per game, and they scored more than 40 points in four of their eight victories.

The lightweights posted seven consecutive shutouts. The six points they gave up to Ridley were the only points scored against them.