Looking like there may be fall sports after all 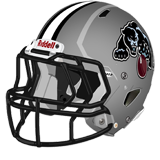 Delaware County student-athletes may return to the field after all.

A Central League source said there will be sports in the fall. The initial plan is to begin golf and tennis on Oct. 1 and all other sports on Oct. 10 except football, which will be played after that. All contests would consist of league games only.

Superintendents, principals and athletic directors of the Del Val League held a meeting Thursday to discuss the possibility of starting in the next few weeks. The five-member league, consisting of Academy Park, Chester, Chichester, Interboro and Penn Wood, has support from superintendents to begin sports in the near future.

“I look at it from a place of trying to get these students to play after sitting out so long, like all of the sudden we’re going to start practicing and playing games. There’s a lot of work to go into playing, to get prepared, and to get out there,” said a Del Val source. “We have to be smart about it. We’ll see. We’re not sure what’s going to happen right now… and I don’t know all the details.”

Last month the Del Val and Central and several other leagues in Southeastern Pennsylvania postponed fall sports, based on the recommendations from Pennsylvania Gov. Tom Wolf and the Chester and Montgomery County Health Departments, who this week altered language in their recommendations for interscholastic sports. While Delco and Chester County athletes have been told they cannot play, the majority of high schools and leagues in the state commenced practicing earlier this month.

Principals and athletic directors of the Del Val League will meet early next week to figure out the next step. A final decision whether to proceed with fall sports may or may not come out of that meeting.

In a statement, the Central League announced Wednesday its plan to meet in the coming days. A decision on whether to have a fall sports campaign could come early next week.