New challenge for Upper Dublin in District 1-5A playoffs 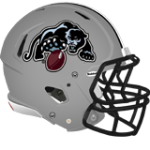 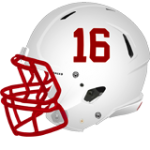 Everything is different for the Upper Dublin football team this postseason. Except its expectations.

“We’re not approaching it any differently. We’re looking to come out and defend our district title and that’s it,” Cardinals quarterback Justin Horn said after UD’s 41-21 win over Upper Moreland last Friday.

Horn and UD are aiming for another long playoff run after last year’s team won its first District 1 title — beating North Penn in the Class AAAA final — before ending the year in the state semifinals with a 14-1 record. Along with new cast of leaders, the Cardinals are chasing a new title. With PIAA bumping the number of football classifications from four to six this season, Upper Dublin can not repeat as 4A champion but can claim the inaugural 5A title.

“All year we’ve been saying, ‘So what we’ve lost all those players,’” Horn said. “We don’t use that as an excuse and we expect to come out and win another district championship.”

After an 8-1 regular season that ended with the Cardinals earning a share of the Suburban One League American Conference title with Plymouth Whitemarsh — UD’s third straight conference title, claiming the previous two outright — Upper Dublin earned the fourth seed in the 16-team 5A field and opens at home Friday night against 13th-seeded Strath Haven (4-6), which is making its first district appearance since 2012.