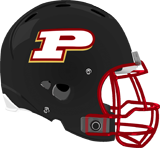 Some year, some day, a football player from Penncrest High was going to be an NFL draft choice.

That day was Friday, when former All-Delco offensive lineman Jonah Jackson of Ohio State by way of Rutgers became a third-round choice of the Detroit Lions.

“You just never know when something like that will happen,” said Rick Stroup, Jackson’s coach at Penncrest. “But once he had the opportunity to go to Rutgers, I said, ‘If you keep working, anything can happen.’”

Jackson worked through three seasons at Rutgers before spending last season as a graduate transfer with immediate eligibility at Ohio State. As the Buckeyes’ left guard, he grew to 306 pounds and thrived as a pass protector and run blocker. That gained him not just second-night draft relevance, but to inspire the Lions to surrender a fifth-round pick (No. 149 overall) and a sixth-round choice (No. 182) to the Indianapolis Colts to jump to No. 75 and select Jackson.

Detroit received a sixth-round pick, No. 197 overall, in the transaction. Among the reasons the Lions were flush with useful draft choices was that they received a third-round and a fifth-round pick from the Eagles in the trade for Darius Slay.