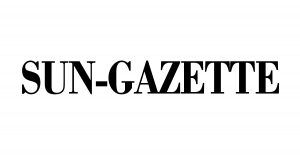 So the PIAA is mad at me. In the ultimate irony, it also accuses me of doing PIAA athletes and schools a disservice.

Seriously. It actually said that. An association that every year does public school athletes and schools a disservice by having hypocritical and inconsistent rules said I provide the disservice.

I received an email from PIAA Executive Director Dr. Robert Lombardi Wednesday afternoon following publication of Monday’s Sun-Gazette column in which I pushed for the PIAA to change its unfair practices.

“We understand your opinion, but to offer a misinterpretation of PIAA by-laws that has an impact upon our schools, their students and their communities is damaging to our association and the general public and we are requesting a correction.

“The issue at hand is your interpretation of the 75 percent rules as a by-law that impacts transfer students and that is factually incorrect. You indicate that academics are the only reason that is permitted for a transfer to be approved under our rules. This statement is also incorrect. There are many reasons that are acceptable for a student to transfer other than academics and many are listed in our by-laws.

“The 75 percent rule is a rule that was put into place to address students that participate on an out of school team that same time they are a member of their school team and forgo school competition until postseason so they can garner accolades. This rule has nothing to do with a student that transferred from another state back to Philadelphia where they started as a student.”

(click on this link for the original story by Chris Masse)