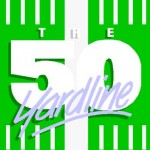 It never feels good to lose the opener of the season but we think the Panthers can come away for this loss with a lot of positives about their play.

Haven hung in with a very quick, very large and very physical Prep Charter Huskies. Pass coverage was very good for most of the game but the Huskies speed and quickness was more than our defense could handle. The Prep’s defense was even better than their offense in smothering the Panthers as they tried to establish a play series. The Prep managed to stop a Haven offense that found itself down by 14 and on the Huskie 8 with four downs to punch it in only to find the Huskies able to hold firm and prevent a TD that would have put Haven within 6 potentially. That defensive stop took a lot of the wind out of the Panther sail’s and the Huskies wrapped up the victory.

We doubt that Haven will see this type of speed and talent (not to mention size) in their next 9 games. It may turn out that facing this juggernaut, and holding them to 7 points in the first half, will make future games seem more balanced.

While the Panthers were held to seven points this week their opponents for this coming Friday only managed to score nine points in their loss to Springfield. In fact the Buccaneers were leading through much of the game until Springfield racked up 14 points quickly in the fourth quarter (one score coming on a kickoff return for a TD).

Dan Mea #11, will QB for the Buccaneers and they are primarily a running team. Look for Chris Thomas #20 and Chris Hummel #27 to do most of the heavy lifting. If Mea does go to the air he’ll be looking for 6’1” Matt Desands who had four catches for 62 yards this past week.

The Panthers really need to get their offense moving this week and prove to themselves that they have the ability to move the ball. We don’t know who will QB this week (starting QB #15 Colton Haywood went out with an injury during the game) but their first priority will have to be to create some rhythm on the offense. Haven was unable to maintain much in the way of multiple play series against the Huskies so they’ll need to work on keeping the ball on offense for 7-10 plays at a time. On defense the Panthers just need more of the same. They won’t find that the Bucs have the the kind of speed they saw this week.

Certainly Interboro is always tough (they showed they could hang with Springfield) but the Panthers have the tools to put together a solid game.

Kick-off is at 7:30 PM on Friday night.  If you can’t make the game you can always listen to our broadcast right here at havenfootball.net.  Our broadcast will begin at 7:15.  The game will be available on our archives as soon as the game concludes.  You can also check in on Twitter for score updates.