Why the Blue Demons can win: Kennett hasn’t given up a touchdown in 15 quarters of football. That’s a pretty good recipe for success. On their four-game win streak, the Blue Demons have forced 12 turnovers, while giving up only four. Strath Haven is as run-centered a team as you will find, and that plays into the strength of Kennett, who gives up just 108.4 rush yards per game. Having QB Sam Forte and running back Garrett Cox gives Kennett diversity on offense, which could be the difference between two hard-nosed squads. 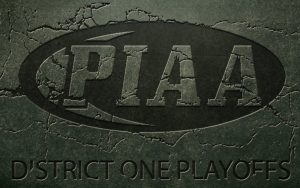 Why the Panthers can win: Their styles are a little different, but Kennett and Strath Haven win by doing the same things — run the ball and defend. The Panthers didn’t blow the doors off of 5-5 Upper Merion last week, but they were also in no danger of losing with their defensive prowess. Against the best two defenses the Blue Demons faced this year, West Chester East and West Chester Rustin, they scored 26 total points. One would suspect Strath Haven can keep it a low-scoring battle and let longtime coach Kevin Clancey work his magic late.